Originally a train station, the museum building for the Musée d’Orsay is one of the most iconic landmarks in Paris with its two large clocks facing the river Seine. From inside the museum the view through those clocks to Sacré-Coeur on the summit of Montmartre is equally as iconic.

I’ve visited Paris many times, and the idea occurred to me of painting the blue, white, and red stripes of the French flag, the French Tricolour, overlaid with the Orsay clock with its view of the Sacré-Coeur. This painting, Triclour I, is the first of two paintings of this theme and different (though not better or worse) in color and approach than the second.

I first primed and painted the Tricolour onto the canvas through several painting sessions. I also painted in darker areas for depth and added highlights. I printed one of my own photographs of Sacré-Coeur on 24" wide image transfer film with archival pigment ink and transferred it onto the wooden panel. I repeated that process with my photograph of the large iron clock hands. With both of these image transfers I sanded the pigment on the transfer film beforehand to allow some areas of the underlying painting to come through more than others. The 0.75" edge of this canvas is painted red, though it has visible staples and is not back-stapled.

I think it’s bright, attention-grabbing and very representative of the Paris that I know and love. This painting is part of my ongoing body of work of Paris paintings and photography. 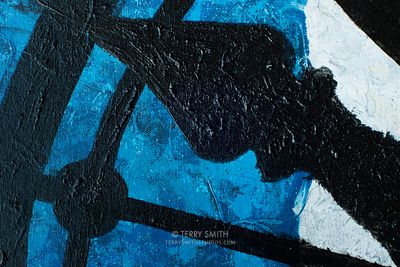 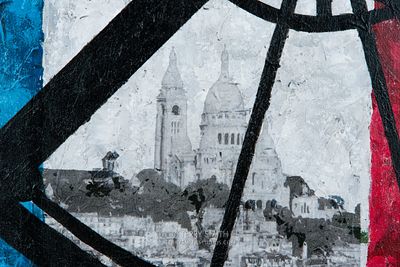 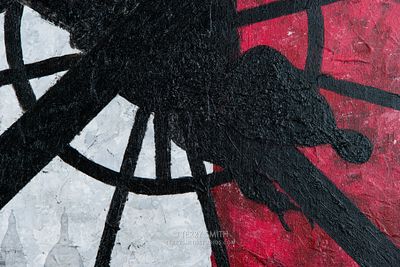 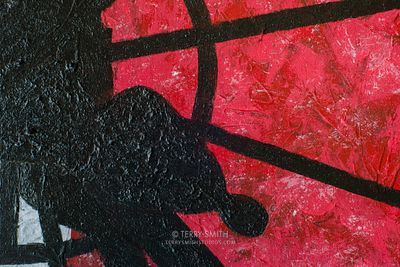 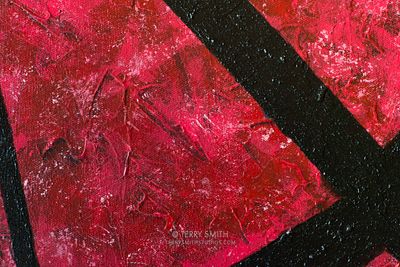 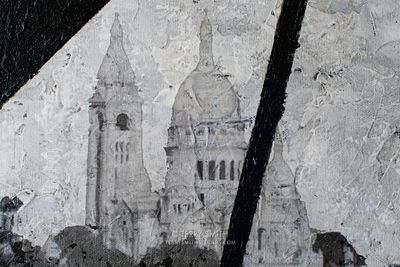